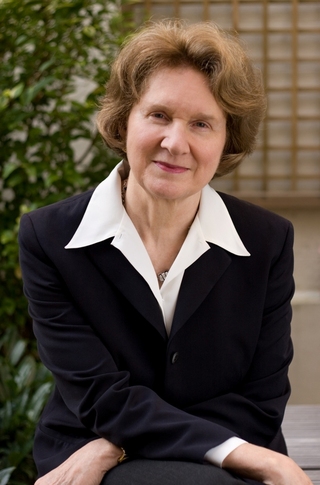 Sharon Bertsch McGrayne is the author of highly-praised books about scientific discoveries and the scientists who make them. She is interested in exploring the cutting-edge connection between social issues and scientific progress – and in making the science clear and interesting to non-specialists. Thus, her first book dealt with changing patterns of discrimination faced by leading women scientists during the 20th century.  Her second book portrayed a group of chemists and the interplay between science, the chemical industry, the public’s love of creature comforts, and the environment. Her latest book tells how an 18th century approach to assessing evidence was ignored for much of the 20th century before – in an overnight sea change  – it permeated our modern lives.

McGrayne is now working on a book with Rita Colwell, former director of the National Science Foundation. Its working title is:

What I Really Think
by Rita Colwell
with Sharon Bertsch McGrayne

McGrayne's work has been featured on the Charley Rose Show and reviewed in The New York Times Book Review, Nature, The London Times, Physics Today, Significance, The Lancet, JAMA, Chemistry and Engineering News (C&EN), New Scientist, Engineering and Technology Magazine, International Statistical Review, PopularMechanics.com, and others. She has appeared on NPR’s Talk of the Nation: Science Friday and been invited to speak at more than twenty universities here and in Europe, at national laboratories such as Argonne National Laboratory and the National Institute of Science and Technology (NIST), and at the Centennial meeting of the American Physical Society. She has written for Science, Scientific American, Discover Magazine, Isis, American Physical Society News, The Times Higher Education Supplement, and Notable American Women. Excerpts of her books have appeared in The Chemical Educator, The Physics Teacher, and Chemical Heritage Foundation Magazine.

McGrayne is a former prize-winning journalist for Scripps-Howard, Crain’s, Gannett, and other newspapers and a former editor and co-author of extensive articles about physics for the Encyclopaedia Britannica. A graduate of Swarthmore College, she lives in Seattle, Washington.

The Theory That Would Not Die: How Bayes’ Rule Cracked the Enigma Code, Hunted Down Russian Submarines, and Emerged Triumphant from Two Centuries of Controversy.
The non-mathematical story of the fight over Bayes' rule and its ultimate triumph.

"A rollicking tale of the triumph of a powerful mathematical tool."
—Nature
"If you are not thinking like a Bayesian, perhaps you should be." John Allen Paulos, New York Times Book Review.
Editor's Choice, New York Times Book Review.
Nobel Prize Women in Science: Their Lives, Struggles and Momentous Discoveries
Biographies of 15 women scientists who won a Nobel Prize—or came very close.

“Spellbinding, compelling.”
—The Science Teacher
Prometheans in the Lab: Chemistry and the Making of the Modern World
Biographies of nine chemists whose discoveries solved serious social and technological problems.